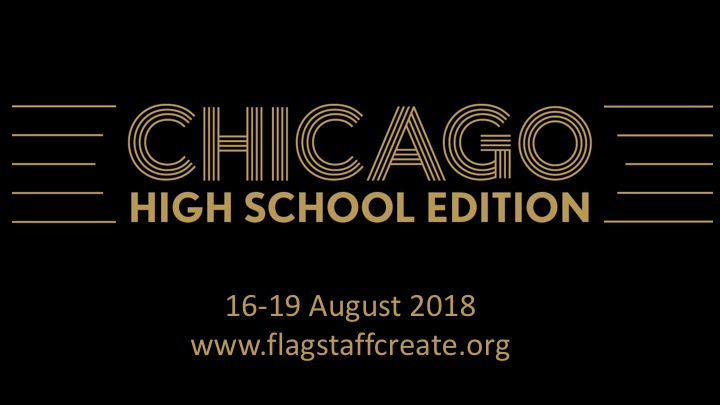 A Note from the Production Team

“Adultery, corruption, treachery, greed, exploitation… Chicago!”, this musical invites you right in, as though drawn in by a promise of juicy gossip, witness to the misdeeds of others. Will those misdeeds be punished? Actually, no. Of all the cellblock tango prisoners, Hunyak is the only one who’s innocent, and yet the only one found guilty, and punished. Her trial isn’t even shown, as if justice is an afterthought. Billy Flynn gets away with obvious lying and manipulation of the justice system. And think about the Roxie and Velma, the heroes, right? Are they? Roxie has an affair with Fred, kills him, tries to get her husband to take the wrap, dumps him when he doesn’t stick to the script, hires the best sleazy lawyer, who coaches her to lie to get off, and then, then, in a disturbing twist, the very fact that Roxie is a murderer becomes promotional material for her career. That same plotline is recapitulated for Velma, explicitly, and for each of the cell block girls by suggestion (except Hunyak). The straight read of Chicago is nearly completely upside down: the characters in Chicago who succeed most are those who are the most immoral.

So, we’ve been asked, how is this appropriate for youth Community Theater? Isn’t it sending the wrong message? The short answer is no: Chicago is not sending the wrong message, nor is it sanctioning immoral behavior. It’s exactly the opposite. What redeems Chicago is satire. The entire work is satirical. As teenagers, our cast is naturally familiar with satire: the use of humor, irony, hyperbole, and ridicule in order to criticize. Satire is often aimed at challenging subjects, drawing attention to them, exposing problems, and, in so doing, promoting change.

Chicago is filled with satire, where lyrics, even titles, of songs are obvious lies: “they both reached for the gun”, “my baby and me”, “all I need is love”, “he had it coming”. Much of Chicago’s satire is affected through hyperbole, exaggeration that stretches truth past the break point. As a literary device, hyperbole is when ideas, plot lines, characters, or metaphors are so over the top that they call attention to themselves as unbelievable. They make us notice. The hyperbole (how many times do they say, “they both reached for the gun?”) makes the satire obvious. There is no subtlety.

Satire is even in the music: the musical circus themes in Razzle Dazzle underscore the satirical message, where arbitration of justice isn’t by an appeal to the truth, but rather occurs through entertainment – show, glitz, and illusion. In “Funny Honey”, Roxie sings her appreciation for Amos with a catchy, salon-style blues melody, easy and pleasing. After the key moment when Amos realizes the truth, Roxie’s words change: now, she “can’t stand that sap”, and her tone changes, too. But, what happens to the music? Does it get agitated and angry, like Roxie? Does it switch to a minor key, a darker melody, an angry rhythm? Nope, nothing. It’s the same, easy tune. That is satirical, because it couples what we understood to be the sound of love and devotion with words of betrayal and anger, and with Roxie’s plot to cover up the murder. The music helps undermine the veneer of adoration at the beginning to reveal just how sinister is Roxie’s manipulation.

Bob Fosse, who created the Broadway version of Chicago, was famous for his use of satire to criticize. Fosse was disgusted by the Watergate scandal, by the legal system where it seems money can buy an acquittal, and how the media turns criminals into celebrities. Chicago is a great example of his approach: the entire story becomes the object of satirical criticism.

Art works when it makes us think, sometimes about difficult subjects, like justice, and sometimes it does so by deliberately making us uncomfortable. What happens to Roxie and Velma is disturbing, because their success comes about through corruption and immorality. A naïve viewer might expect an ending that delivers justice. Instead, the viewer is invited to recognize the upside-down and unreal world of Chicago as a satirical lens into our own. The literary devices used in Chicago express the moral perspective of the artists who created it, and the hyperbolic satire establishes that perspective powerfully and unambiguously for the viewer. In this way, it’s a great work for youth Community Theater.

The production team would like to especially thank our student assistants, who helped with directing and choreography: Rosie Ryan, Nona Hungate, and Avi Fitch.

We hope you all enjoy the show!